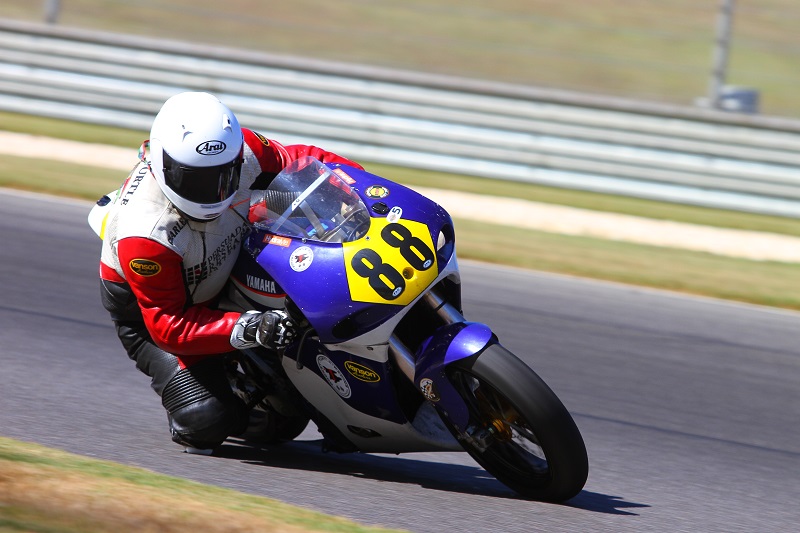 RT as envisioned by Vanson Leathers

We’d told him about our shift from doing surveys on the telephone to conducting research using the internet. “We can ask twice the questions in half the time and at a much lower cost than telephone!” we declared (we were pretty excited).

The new logo perfectly represented the idea of Persuadables®. Thank you Ted!

But an extra bit of inspiration had struck Ted along the way.

Toward the end of logo presentation, Ted placed a picture of RT the Rocket Turtle on the conference table and commented how our new direction, “sounds fun because you’re taking something smart and slow and making it much, much faster.”

RT has been our mascot ever since.

Charles Miller, our CEO, started club racing motorcycles with AHRMA in the late 2000’s. Being smart, slow, older-than-he-thinks, and about as aerodynamic as a turtle strapped to a rocket, Charles adopted the Rocket Turtle as the perfect symbol for his humble racing efforts.

In 2016, Rocket Turtle Racing gained a new logo designed by Steve Close and his brother Alan. Printed by Pop Shadow Decals, the resulting stickers are rumored to be worth an extra 5hp, critical if you’re not terribly aerodynamic.

Thank you to the Close brothers, Vanson Leathers, Pop Shadow Decals, Barker Engineering and Fabrication, Joe’s Motor Co., and Wolverine Bump & Paint for their help with the bikes.

Special thank you to my late Uncle Don Dorris for building the CB160 racer and sharing his great passion for two wheels with me.

Thank you to Townes Miller, the PRC team, the Insurance Meeting gang, Jay’s Garage, Good Times and Bad Decisions Racing (aka Josh and Amy Davis), and the MCRA for moral support.

Most of all, thank you to Kevin Brown, Lila O’Hara, and Mike Blankenship who are the best pit-mates a guy could ask for.