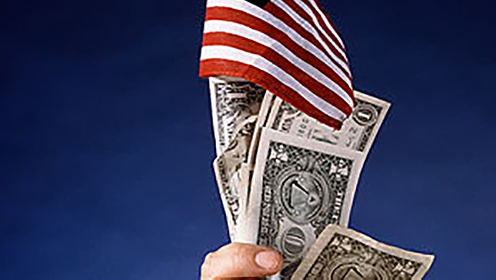 The Economy’s Effect on Discretionary Spending

It’s obvious that the current state of the economy is effecting discretionary spending, but we wondered by how much and what areas were being impacted the most. A recent Economy Survey conducted by Persuadable Research has found that almost all spending categories are suffering a serious downsizing. The good news is that most of the respondents, 92%, think the economy will bounce back someday. While in general respondents were optimistic about the economy bouncing back, the time required for recovery varies from 7 months to 5 years.

Unfortunately, vacation spending is one of the first things to be reduced. A full 68% of respondents are spending less in on vacations. This has affected resorts, airlines and hotels. Airlines are hit even harder due to higher fuel costs. The travel industry has had to reposition travel products to entice people that would not otherwise go. Shorter vacations or all inclusive resorts help people spend less or stay on budget. Others visit family and stay at a relative’s home to make vacationing affordable.

Dining out has taken a big hit as well. The same number, 68%, are eating out less often or eating at less expensive restaurants instead. Restaurants have been offering “recession specials” to keep customers coming. Others have found coupons or discounts helpful to grab customer attention.

Over half, 55%, have decreased their spending on gourmet food or drinks. Shows and performance spending is down as well by 55% of respondents. Additionally, spending on personal luxuries such as massage therapy is off by 50% and sporting event spending is down by 44%. Less money is headed to casinos or other gambling as 33% of our panelists say they’ve cut back there as well.

In fact, 21% of our respondents have eliminated all discretionary spending, most of whom are over 55. A larger percentage, 42% have reduced spending significantly. Only 8% have not changed spending habits at all. Additionally, a very small percentage claimed to increase spending in the categories mentioned. Topping that list was participating in sports like golf and going to shows and performances.

Most people seem to cut back mainly when necessary. As funds diminish so does discretionary spending. Those who might’ve splurged on gourmet items might select less expensive mainstream foods instead. Those who would’ve gone to see a sporting event live might choose to watch from home. People adapt quickly to change and the downturn in the economy has forced people to become more resourceful and cut back where needed.