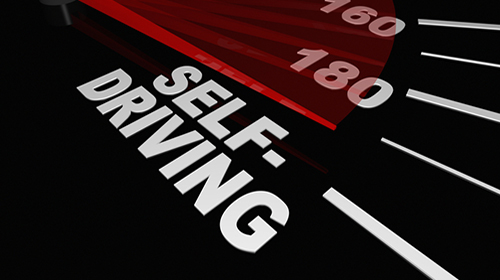 One might wonder why the race is on to develop self driving cars. America has over 250 million cars on the road already. Clearly, there are many markets for self driving cars. One example are those over fifty, many of whom are known as Baby Boomers. It is thought that many in this group will continue to work and lead active lifestyles as they age. No doubt some used to fear having to give up driving privileges. Fear no more. The self driving car is quickly becoming a reality.

Google, among others, wants to turn fear into hope. But are aging Americans ready to give up control? According to a 2014 survey conducted by Persuadable Research Corporation, 68% of those over 50 showed interest in self driving cars. This matches up nicely with other known data that shows average incomes of Baby Boomers is higher than that of other generations. It’s obvious that there is a large potential market for self driving cars.

The main hurdle any company faces in marketing a self driving car, besides cost, will be trust. Many people simple don’t understand how a car could drive itself. Relinquishing total control over to a machine means putting your life in the manufacturers hands. However, by showing respondents over 50 years of age a concept video about the cars, twice as many became interested. So, it is highly possible that marketing and education will be all it takes to help persuade buyers.

There are many benefits of owning a self driving car for older Americans, according to manufacturers. It is believed that accident rates will go down significantly as will insurance rates. “Compared with middle-aged drivers, older drivers have about a 3-fold increased risk of crashing per mile driven”, according to the American Journal of Public Health. It is said that self driving cars are safer than those driven by humans.

Individual mobility will increase. It’s possible that it will even help the economy by allowing older people to work or volunteer later in life. Not only would this increase mobility, but quality of life for people as they age.

Most say that that in five to six years there will be fully autonomous cars on the road. It is no longer a question of if, but when. Currently, there are a number of luxury brands that have semi-self driving features. How many completely autonomous cars will be owned by Baby Boomers is not yet clear, but one respondent stated, ” I am getting older and concerned about my driving ability in the future. I trust technology. It would free up some of my time.” Many others will likely echo this sentiment.