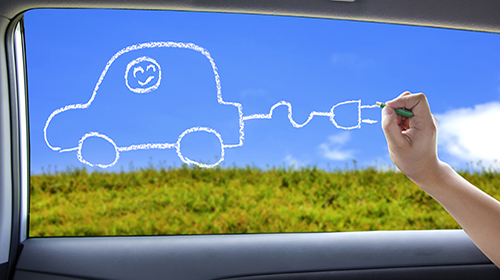 The Barriers to the Adoption of Electric Cars

Plenty of people are interested in reducing their impact on the environment. Many of us are recycling, turning off faucets and lights, biking instead of driving and even buying energy efficient appliances. But what about cars?

According to a recent survey conducted by Persuadable Research, 62% of respondents have heard of electric car makers. However, the market share of PEV (Plug in Electric Cars) is only 0.60% in the United States. There are currently around 200,000 of these cars on the road in the states. What would increase adoption of this technology? 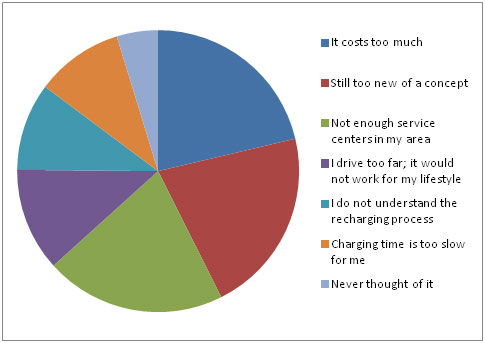 Persuadable Research respondents pointed to high cost, 36%, newness of concept, 36%, and not enough service centers, 35%, as main reasons not to purchase an electric car. However, with Tesla, one of the best known electric car makers, recently releasing their patents, it’s clear that they are hoping to spread acceptance and infrastructure by getting more electric cars on the road, even if they aren’t Teslas. Moreover, as time passes, prices will come down due to improvements in technology and competition.

One out of five survey takers were concerned with driving distance. Auto makers are all trying to make longer range vehicles. Some vehicles go 62 miles per charge, while others go up to 265 miles. Without widespread charging stations, it would be difficult to commute long distances with such a car.

While there are not many electric cars currently on the road compared to traditional automobiles, it is clear that the growth rate indicates that they are becoming more popular. Large cities and places with pollution problems are likely to get on board first. Consumers should keep in mind that it’s not as if electricity itself is free or free from pollutants, i.e. coal power plants. So if one is hoping for less environmental impact, he or she would have to think about where the electricity is coming from that powers their electric car.