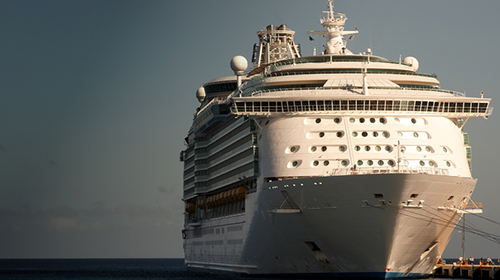 The popularity of cruise ships has been rising for many years. Increased activities, destinations and shipboard facilities have driven this growth. In fact, the number of people who took a cruise in 2012 was around 20 million, and nearly 20% of Americans have taken a cruise. However, cruise interest may be declining due to recent bad news involving cruise ships.

One of the most notable recent disasters occurred off the coast of Italy last year when a cruise ship Costa Concordia sank claiming 32 lives. The cruise ship Triumph was crippled by and left over 4,000 passengers stranded for five days at sea in February of 2013. Those passengers were left without toilets or electricity. Both incidents saw broad media coverage.

In a recent Persuadable Research Vacation Survey, it was found that 64% of respondents were not at all likely or not very likely to go on a cruise; 70% of these respondents were female. One panelist said, “Do not have one planned, and with all the negative publicity in the cruise industry, we have decided against a cruise this year.” Others cite health concerns, “It seems like cruise ships have been problematic lately and my husband has health problems…we can’t risk being stranded.” Another panelist said, “I have already been on a cruise. Seems like the cruise industry has been having problems with ships lately. Is a turn off. ”

Compare that with the 13% who said they would be very likely or extremely likely to take a cruise. It is possible that these people had already booked a cruise prior to the Triumph disaster. Others might have been on cruises successfully before and enjoyed them. The cruise industry states that 77% of people who have cruised intend to cruise again within the next three years. Still others may not have been dissuaded by negative press. Those who defend the cruise industry point to the fact that most cruises do not end in failure.

Negative perceptions and bad press can hurt any brand or even an entire industry for that matter. While the cruise industry states that there has not been any negative impact on sales due to the recent cruise disasters, it would make sense to address fears of would-be cruisers. To that end, Carnival is spending $300 million to upgrade their ships for safety, but are consumers aware of the company’s efforts?